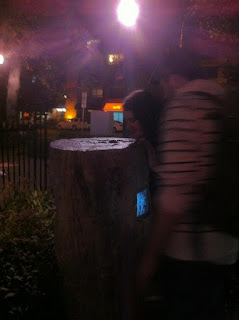 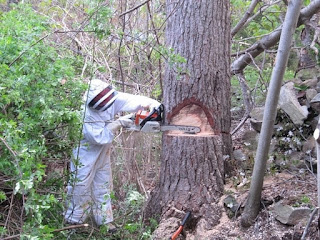 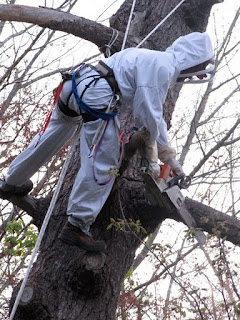 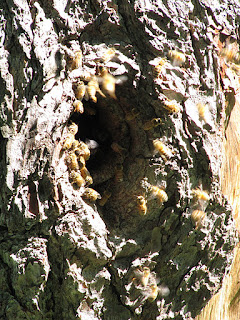 About a year ago I met some new friends who had an interesting bee disappearance related story to tell. They had been keeping bees for a few years when last summer their queen bee and her hive suddenly swarmed one afternoon. These bees then took up residence in a neighbor’s rotted tree and were quite comfortably appointed when the neighbor asked that my friends remove the bees. In a move that I consider quite novel they hired an arborist and had him, wearing gear to protect him from the bees, remove the section of tree where the bees were living. They then moved this section back to their property where the bees thrived for quite some time until, one day, quite unexpectedly, they were gone. It’s possible the bees simply swarmed again, this time much further afield, it’s also possible that they fled their hive and died. Whatever the explanation, they, like many billions of bees all over the world simply disappeared.

All that was left of the bees after this event was their log hive, some abandoned beeswax, and a couple of short videos of them taken by my friends. I was very excited about what in my mind added up to an installation artwork. I soon had my greedy hands on the log hive and video and set about putting these things together to be presented at the Nocturne: Art at Night Festival. Hive was placed within a city garden bed on the corner of Spring Garden Road and South Park Street in Halifax from six pm to midnight on the night of October 15th.
Here’s the artist’s statement for Hive:

“Hive” is both a monument to the missing bees and what Jean Baudrillard might consider “a perversion of reality”. A viewer may initially be attracted to the hive by the buzzing sound it gives off even at a distance (from speakers placed covertly on the inside). A faint light emitting from the hive’s small entrance issues an invitation to cautiously peer inside. Stooping a little bit to see, the viewer may feel slightly anxious that the buzzing, combined with the way the hive blends naturally into the park setting may indicate the presence of actual bees.What the viewer gets instead is an unfaithful copy. A small screen plays a video of the hive’s former occupants while the scent of the hive’s abandoned comb lingers in the air. What remains is a an artist’s attempt to put humpty dumpty back together again; we can see and smell the bees and touch their hive but what we are experiencing is a copy which only serves to highlight their absence. 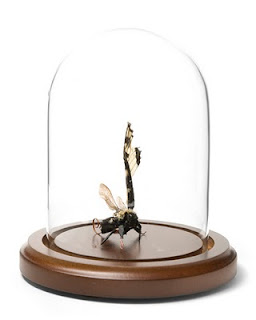 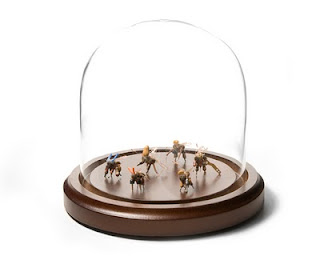 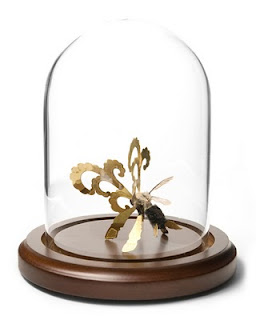 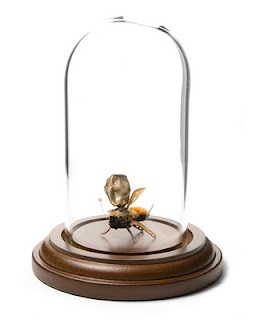 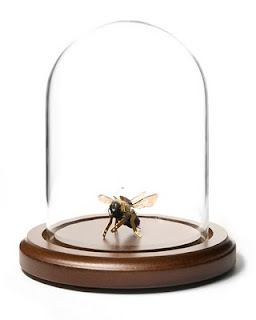 The fabulous and talented Christina Arsenault documented my most recent bees, above are some of the highlights. Sixty eight of these bees as well as an index of information gathered about each of them will be a part of an exhibition at the Confederation Centre of the Arts Art Gallery in Charlottetown, PEI From October 22, 2011- March 04, 2012. The exhibition is called Assembly Lines. It explores the idea of putting work charged with personal meaning through impersonal or repeditive processes. The other artists in the show are Sarah Saunders, Stephen B. MacInnis, and Aaron Weldon. 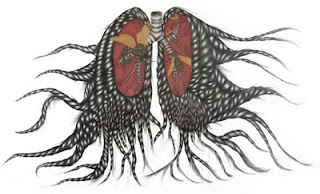 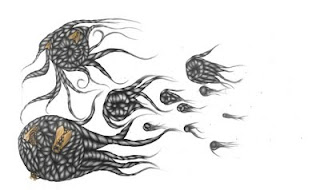 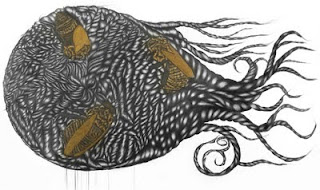 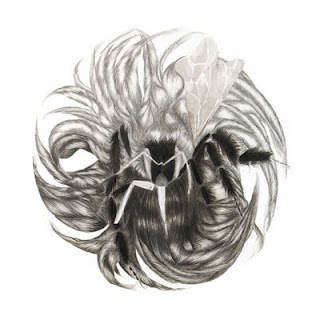 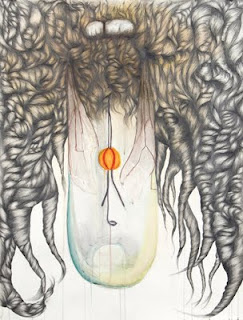 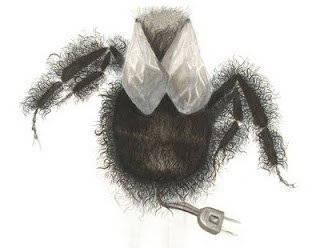 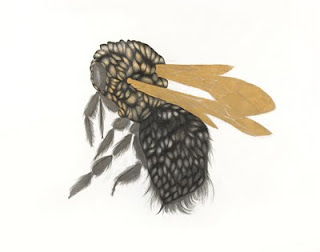 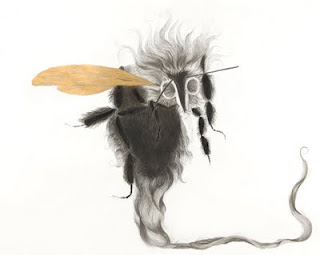 The fabulous Christina Arsenault has documented Corpus Melliferous and here are the images of that series of work. The first three drawings shown measure 55”x96”, the round drawing measures 36” in diameter, the following drawing measures 50” x 36” and the remaining three each measure 36” x 50”. They are predominantly graphite with some ink.
www.christinaarsenault.ca

16.08.11
"May I Have Your Bees Please?" Information Booth and Walking Tours 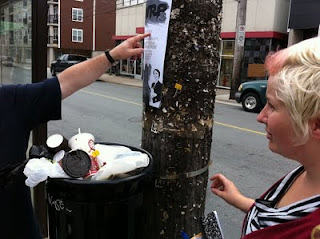 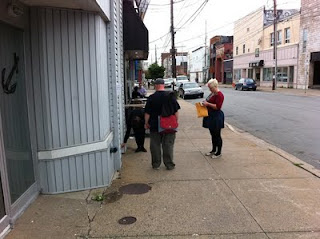 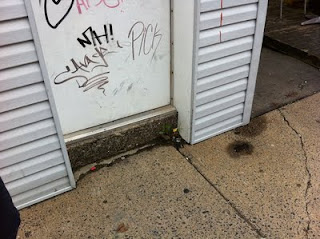 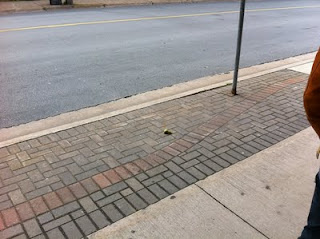 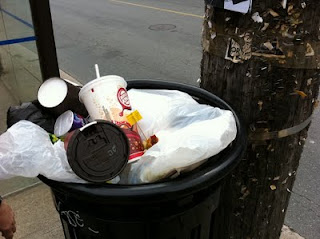 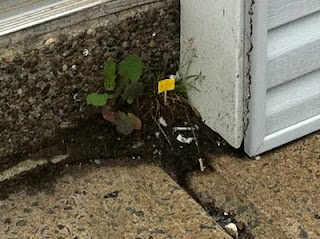 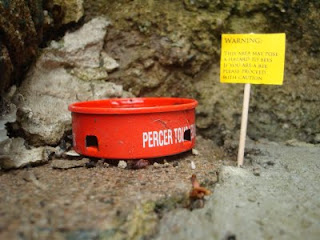 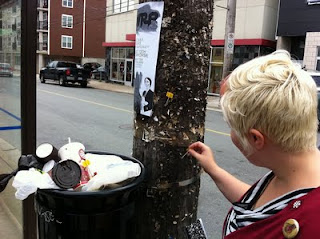 During the week of August 8th-13th I set up an information booth inside of Eyelevel Gallery as part of their members’ weekly show “Biological Society”. Between 2:00pm and 4:00pm I held office hours and, three times a day, I lead groups on walking tours of the neighborhood. Member of the group would decide which areas posed a particular hazard to bees and teeny tiny signs were placed in these areas.I would note the locations in a small notebook as well as the reason for the hazard. Upon our return to the gallery a pin would be placed in a map indication these locations. Every person who participated received a free button in their choice of gold or white. It was lovely to see what happens when you ask a stranger to do something so whimsical. The mood of each of the tours ranged from amused to giddy. It was a great week, thank you to everyone who came out for a tour and a conversation. 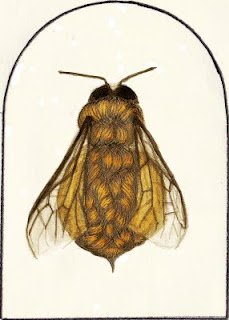 Coming up August 9th, 10th, 11th,and 12th I’ll be doing a performance at Eyelevel Gallery. I’ve never attempted anything like this before but my bee project has made me brave since a big part of it was and is about reaching out to people and making work based on that interaction.This performance will take the form of an information booth inside of Eyelevel gallery and short walking tours of the neighborhood surrounding it. I’ve made tiny (2cm x 2cm) warning signs printed on yellow paper very much like the one shown above. These are mounted on toothpicks and will be given to members of the walking tours. We will decide as a group which areas we encounter on our walk that pose a hazard to bees and place bee sized warning signs in these areas. In the event that we find a dead bee, we will collect it for my taxidermy workshop but will leave a tiny memorial (2cm x 2cm) like the one shown above in its place. The locations of the signs will then be carefully recorded on a map that will be mounted to the wall behind the information booth indicating the bee warning and memorializing initiatives taken on by the neighborhood. The tours happen between 2:00 pm and 4:00pm on each of those days and leave on the half hour (2:30, 3:00, 3:30). When not on a tour I will be in the booth handing out bee kits and answering questions.
The circular image above is of the buttons that everyone who comes along for the walk will receive for participating. “Head, Heart, Thorax and Abdomen” is the official motto of “May I have your bees Please?”

Everyone is invited so please tell your friends!